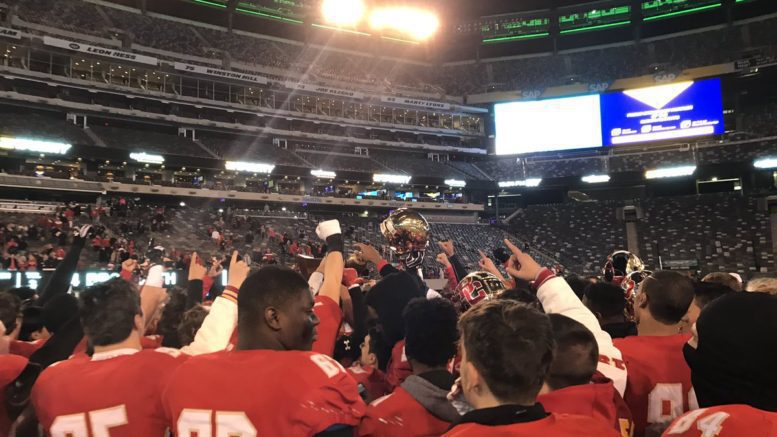 Bergen Catholic, ranked No. 21 in the latest High School Football America Top 100, is celebrating its first state title since 2004.  Friday night, the Crusaders beat No. 28 St. Peter’s Prep for the second time this year to captured the Non-Public Group 4 state championship.

I want to thank all @BergenCathFBall faithful for their undying support. There is no school more committed to excellence in everyway. Its an honor 2 be the coach for @BCFootballAlum & @CraziesNation Most importantly thank you to all the guys I’ve coached. Love you all! #DeusVult

BC closes the season on a nine-game win streak, which started after its blow-out loss to No. 1 Mater Dei (California) in mid-September.

Senior quarterback Johnny Langan ran for two touchdowns and passed for two in the victory.

You are the legends, YOU are the hero’s! Congrats to the entire Bergen Catholic Family. This one was for ALL of us. #DeusVult pic.twitter.com/L1LMK4rmvt