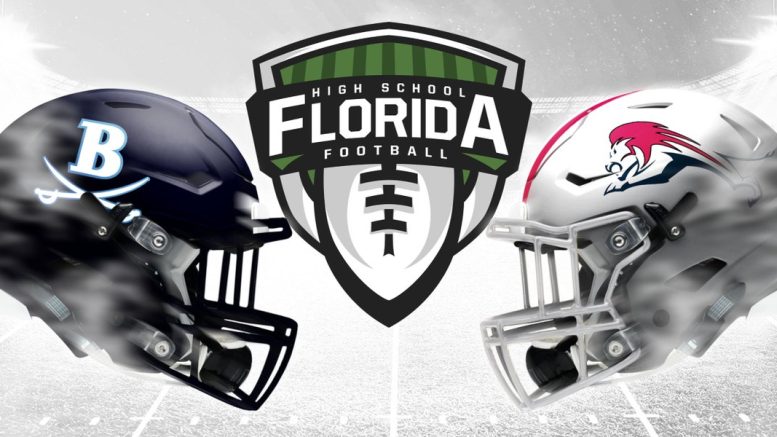 For the fourth time in five years, Chaminade-Madonna is a Florida high school football champ. The Lions, ranked No. 21 in the High School Football America 100, powered by NFL Play Football, beat No. 121 Berkeley Prep 21-0 for the state’s 3A state championship.

C-M’s defense was stellar throughout, holding the previously undefeated Bucs to 61 yards of total offense. On the other side of the coin, Chaminade-Madonna gained 443 yards in total offense.

According to FloridaHSFootball.com, the Lions’ defense was led by Ohio State-recruit Kenyatta Jackson, Jr. and UCF-recruit Jamal Johnson.

Chaminade’s defense not giving any room for Berkeley’s run game so far. 3 and out for the Bucs. #flhsfb pic.twitter.com/VfhU1ZDwqo

Offensively, sophomore quarterback Cedrick Bailey was 12-of-17 for 154 yards and a TD. Davion Gause rumbled for 199 yards on 26 carries and two touchdowns.

Touchdown Chaminade! Davion Gause in from 2 yards out! #flhsfb pic.twitter.com/SVWR871SSp