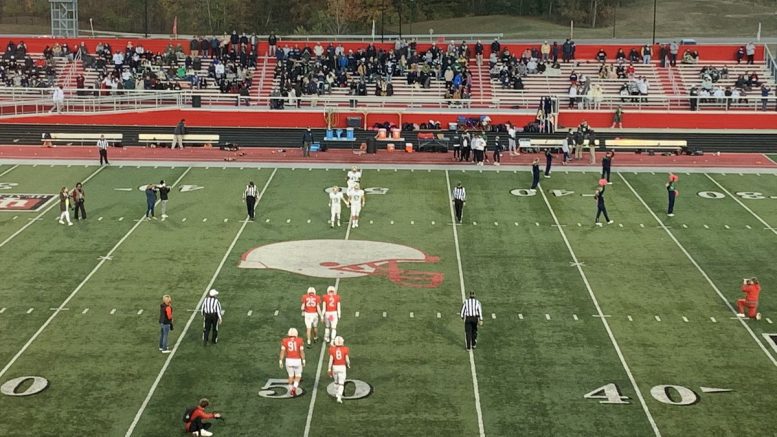 This one came down to the final :79 seconds; Cathedral led 13-10 with a fourth-and-1 at the Center Grove 44. Instead of punting CG deep into its own territory, the Irish decided to go for it and the Trojan defense came-up with a stop.

Center Grove then marched 54 yards and won the game with a touchdown pass between Tayven Jackson and Trent Veith with :14 seconds to play.

Both teams now head into the postseason. CG will play Columbus North in the opening round of the 6A playoffs, while After a week off next week, Cathedral opens the 5A postseason against Terre Haute South on October 30.

The Irish fall to the Center Grove Trojans 17-13. Here is the game’s final stats report: pic.twitter.com/NenJYTosH2