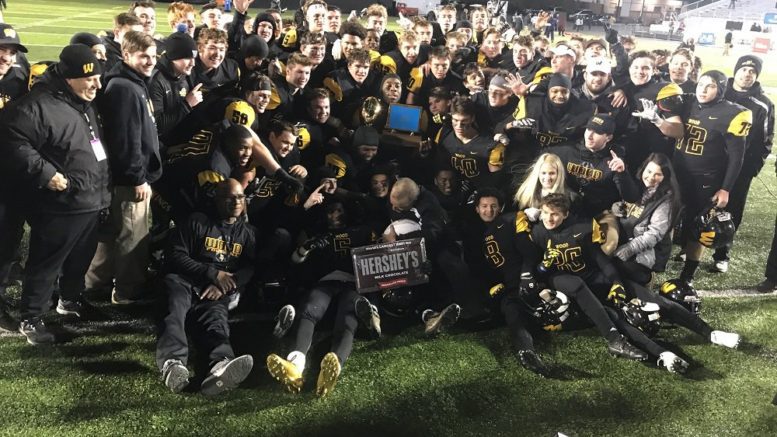 Archbishop Wood scored on six of its seven half possessions to roll to a 49-14 win over Gateway in the Pennsylvania Class 5A state title game.  The 42-0 halftime lead was the largest in PIAA state championship history.

Virginia Tech-recruit Nasir Peoples ran for 197 yards in the first half and finished with 266 yards and four touchdowns.

Archbishop Wood’s defense was also very good in the first half, holding Gateway record-setting quarterback Brady Walker to just 71 yards passing in the first 24 minutes.  Walker, who last week set the state single season record for passing yards, finished with 465 yards, which leaves him with 4,653 yards for the season.