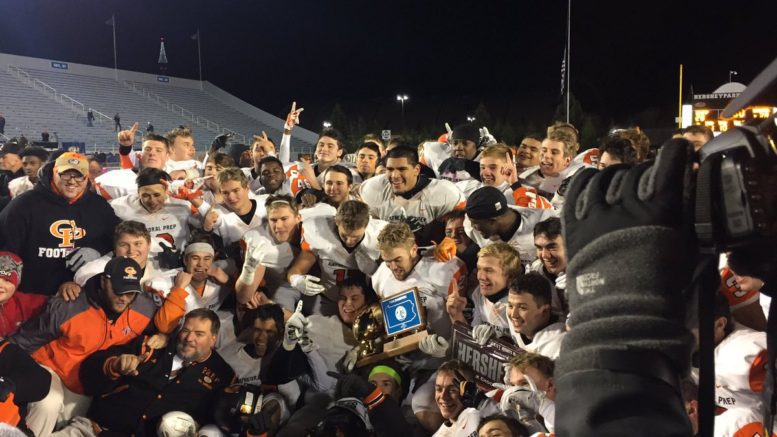 Erie Cathedral Prep, ranked No. 26 in the High School Football America Top 100, is celebrating is second straight Pennsylvania Class 4A title.  The Ramblers beat Imhotep Charter 38-28 Thursday night to close-out a perfect 14-0 season that gives them a 28-game win streak heading into next season.

The game also marked the end of quarterback Joe Mischler’s career. Mischler, who is an Ohio-recruit, threw for 198 yards and a touchdown, plus he ran for a score. He finishes his career with 7,719 yards and 98 touchdowns.

Billy Lucas led the Ramblers on the ground with 110 yards on 18 carries and three touchdowns.

It was the second straight year that ECP beat Imhotep for the state title.  Imhotep finishes the year with a 13-2 record.