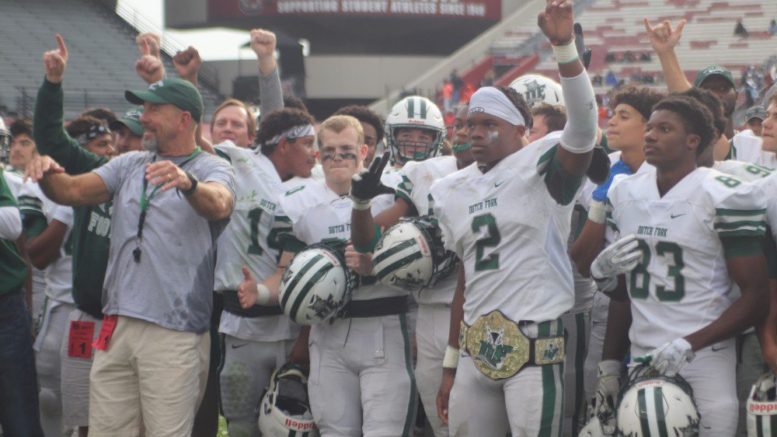 It doesn’t get any closer than Saturday’s Class 5A championship game between defending state champ Dutch Fork, ranked No. 27 in the High School Football America Top 100, and Dorman.  The Silver Foxes won their second straight state title with a heart-stopping 28-27 win.

Dutch Fork led 28-21 when Dorman cut the lead to 28-27 with :19 seconds to go after a Ben Batson TD pass to Jacob Pickney.  Dorman then decided to go for two and the win.

On the 2-point conversion attempt, Batson connected with John Gelotte, who was stopped at the 1-yard line.