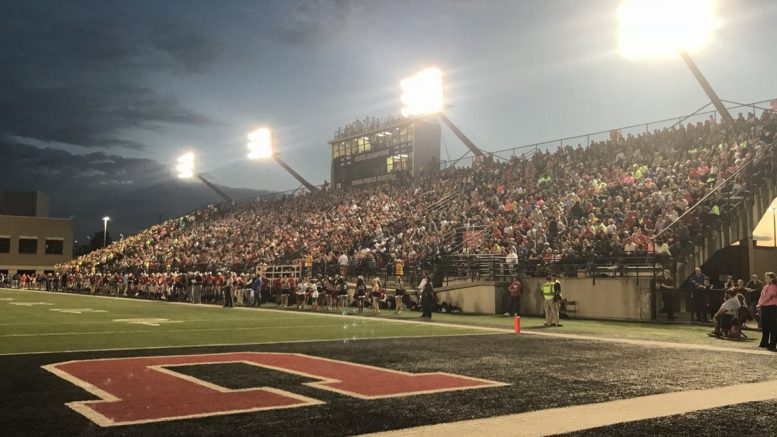 Thanks to ESPNU, the term “Instant Classic” is now part of the American sports landscape.  Friday night’s showdown between High School Football America No. 29 Union and No. 67 Owasso deserves the moniker.

Union kicker Noah Rauschenberg booted a walk-off 26-yard field goal in the second overtime to give the Redskins a heart-stopping 44-41 before a sellout crowd of 13,000 at Union-Tuttle Stadium.

It looked like Union would win this one in regulation, but Owasso sent the game to overtime when Will Kuehne’s tossed a 3-yard TD pass to Tyrese Sisson with 13 seconds to go.

In the second OT, the Union defense stopped Kuehne at the 1-yard line on a fourth down run that set-up Rauschenberg’s game winning kick.