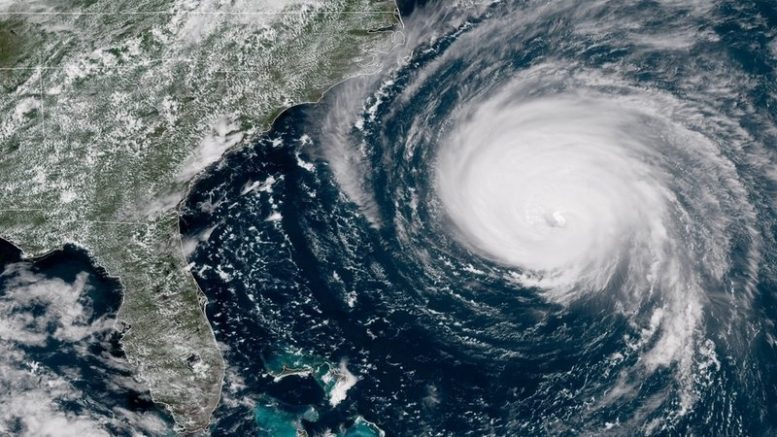 For the second straight year, a hurricane has washed-out a high school football showdown between national powers IMG Academy and St. John’s College High School. Due to Hurricane Florence approaching the eastern seaboard, officials have, at least for now, called off Saturday’s scheduled game.

However, as you can see from the following tweets, it looks like officials are hoping to possibly play the game later this year.

The @SJCGridiron vs. @IMGAFootball game scheduled for this Saturday, Sept. 15, has been canceled due to the impending hurricane and Maryland’s declared state of emergency. As a result, IMG Academy’s football team is unable to travel to DC for this matchup. (1/2)

Both schools are working to potentially reschedule later in the season, and we will make another announcement if and when we are able to reschedule the game. (2/2)

The @IMGAFootball blue team’s game vs. @SJCGridiron scheduled for Sept. 15, has been canceled due to the impending hurricane and Maryland’s declared state of emergency. An announcement will be made if rescheduled.

Last year, Hurricane Irma caused the cancellation of the game.

St. John’s is currently ranked No. 3 in the High School Football America 100 national rankings, while IMG is No. 6.

Podcast: Bobby Acosta talks about talking-over as the head coach at IMG Academy

Top high school football linebackers in the Class of 2021