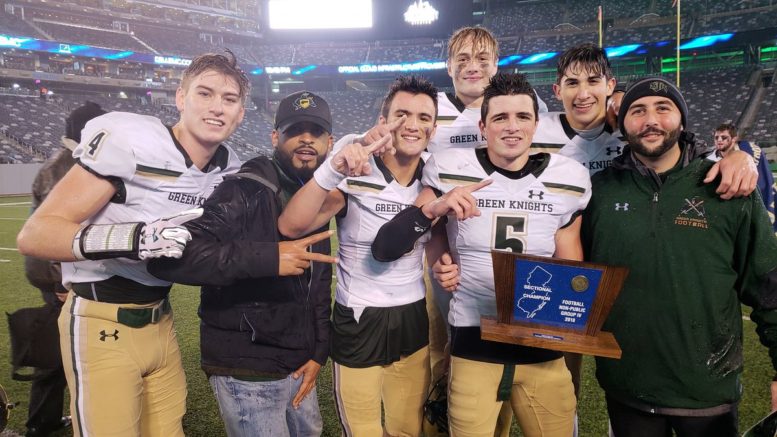 Each and every year, the non-public schools in northern New Jersey spend an entire regular season beating up on each other and then comes the postseason, which seems a lot like the movie Groundhog Day where those same powers have to do it all over again.

Saturday night at MetLife Stadium, St. Joseph Regional (Montvale) gained revenge for a hard-fought 24-20 regular season loss to Bergen Catholic with a 13-0 shutout to claim New Jersey’s Non-Public Group 4 championship. BC entered the game ranked No. 17 in the High School Football America 100 national rankings, while St. Joe’s was No. 30. The two were also 1-2 in our New Jersey Top 25 high school football rankings.

In a rain-soaked game, SJR handed Bergen Catholic its first shutout loss in 29 years. The only touchdown came in the first-quarter when Audiric Estime scored on a three-yard run. After that it was all Angelo Guglielmello, who became New Jersey’s career leader in kicking points.

After booting the extra point to give St. Joe’s a 7-0 lead, Guglielmello booted two field goals to close-out the scoring. The kid known as “The Shoe” finishes his career with 253 points.

The celebration is ON at MetLife
FINAL: St. Joseph 13, Bergen Catholic 0
Incredible defensive performance leads to first shutout of Bergen Catholic in 29 years. SJR is your 2018 NPG4 CHAMPION. #NJFootball pic.twitter.com/c4hiQZy2tS

The state title is the 19th overall for the Green Knight, but only their second Group 4 championship.