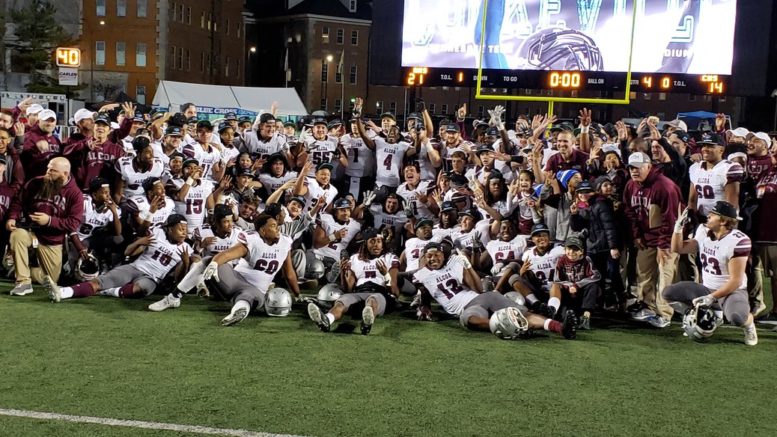 This one came down to the end with the teams tied at 14-14 with five minutes to play. That’s when Alcoa quarterback Walker Russell, the Tennessee Titans Class 3A Mr. Football, scored on a 1-yard run with 16 seconds to play. The score capped a 17-play, 80-yard drive that lasted four minutes and 45 seconds.

Ball game tied with :20 left @Walkerrussell10 takes it into the endzone to put @alcoafootball up with :16 to go in the game! 21-14 @alcoafootball leads 16 seconds to go. @d1highlights pic.twitter.com/yP6KTiV5F7

The game marked the 500th overall in Gary Rankins coaching career. It was also his 14th overall state championship, which includes four at Riverdale High. Rankins’ all-time record now stands at 425-75, which makes him the state’s all-time winningest football coach.

Doesn't matter if it's the first time or the 17th time, this moment never gets old.
.
Congratulations @alcoafootball/@alcoasports on an unbeaten season and fourth consecutive state title. pic.twitter.com/3VmaxWiaQg

Alcoa entered the game ranked No. 31 in the High School Football America 100 national rankings and No. 1 in our statewide rankings.