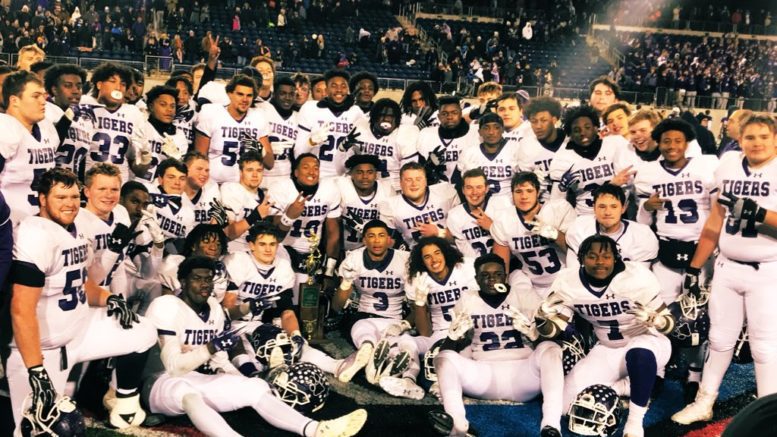 Pickerington Central Demeatric Crenshaw led a fourth quarter comeback that gave the Tigers their second state title in three years with a 28-21 win over Elder in a battle of teams in the High School Football America 100. PC entered the game ranked No. 31, while Elder was No. 36.

#OHSAA D1 FOOTBALL: Pickerington Central converts on a fourth-and-goal from the eight yard line to tie the game at 14. Demeatric Crenshaw found Tyler Gillison for the 7-yard TD reception. 9:09 left in the game.

Crenshaw then found Lorenzo Styles on a 49-yard touchdown pass with 3:41 left Friday night at Tom Benson Hall of Fame Stadium in Canton.

Touchdown Tigers! Styles Jr. hauls in a pass over the middle and takes off for the TD 🎥⬇️@ehsports @pick_central pic.twitter.com/gxkAt3ASse