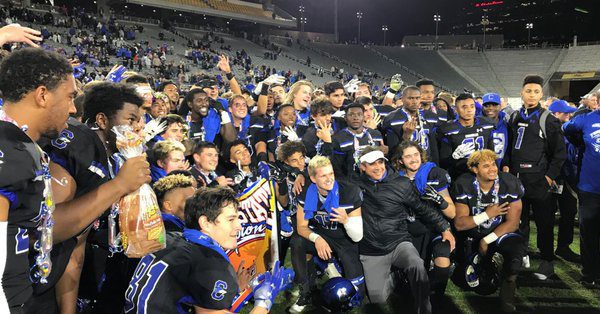 DeCarlos Brooks scored six touchdowns Saturday leading Chandler, ranked No. 32 in the High School Football America 100, to its third straight Class 6A state championship with a 65-28 rout of Perry. Brooks, who finishes the season with over 2,000 yards rushing, carried the ball 33 times for 334 yards.

The Chandler Wolves are champions for the fourth time in five years. pic.twitter.com/rESyrDT5ao

Chandler, which also beat Perry during the regular season, finishes with a 13-1 record with its only loss coming against nationally-ranked Corona Centennial (California), currently ranked No. 25 in the nation.