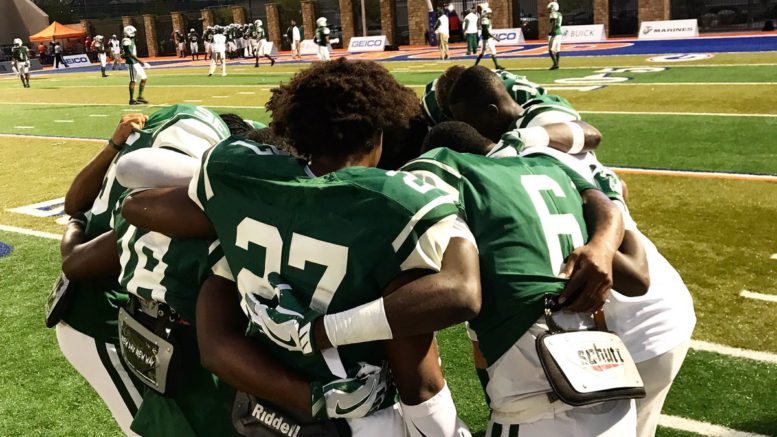 Irma basically shutdown high school football for this week and maybe next, but the Rockets, who will spend extra days out west because of the storm, left Miami on Wednesday for the game that was televised nationally on ESPNU.

#MiamiCentral headed back to Fla with the dub. #D1Bound Salute pic.twitter.com/v9pW7dsp0Y

“I’m so proud of Central nation and they did a tremendous job representing South Florida tonight,” said Central head coach Roland Smith on ESPNU. “Our hearts and our prayers are with everyone back home and we hope they can weather the storm well like we were able to here in Vegas against these guys.”

Miami Central was led by running back James Cook, the highly sought after college prospect, who is the younger brother of Minnesota Vikings’ running back Dalvin Cook. James rushed for 202 yards on just 13 carries with touchdown runs of 83 and 87 yards.