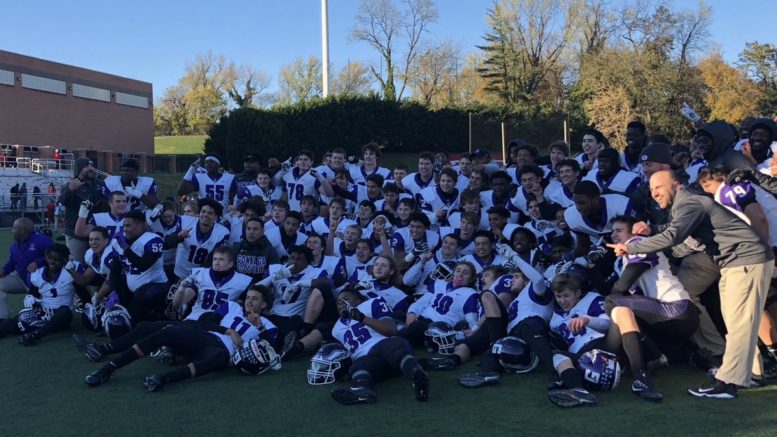 Gonzaga, ranked No. 37 in the High School Football America 100 national rankings, beat No. 3 St. John’s 24-14 to advance to next Sunday’s WCAC championship game against DeMatha. The win came one week after St. John’s closed out a perfect regular season with a 34-17 defeat of Gonzaga.

After Gonzaga built a 17-6 lead in the third quarter, the Cadets battled back. Down 17-14, SJC was knocking on the door inside the Eagles’ 5-yard line. That’s when a controversial fumble resulted in a Gonzaga game-clinching touchdown when Aaron Davis returned it 95-yards for a touchdown.

Here’s the controversial call at the end of the St. John’s – Gonzaga game, which led to Gonzaga’s 24-14 win and spot in the WCAC title game.

What are your thoughts? Is the runner down? Call on the field was that he wasn’t. (Video courtesy 1st Amendment Sports) #allmets pic.twitter.com/I7pi0ul8wT

Next Sunday, Gonzaga will meet DeMatha for the second time this year. Back on October 12, DeMatha, ranked No. 30 in our nation rankings, beat the Eagles 27-21 in triple overtime.