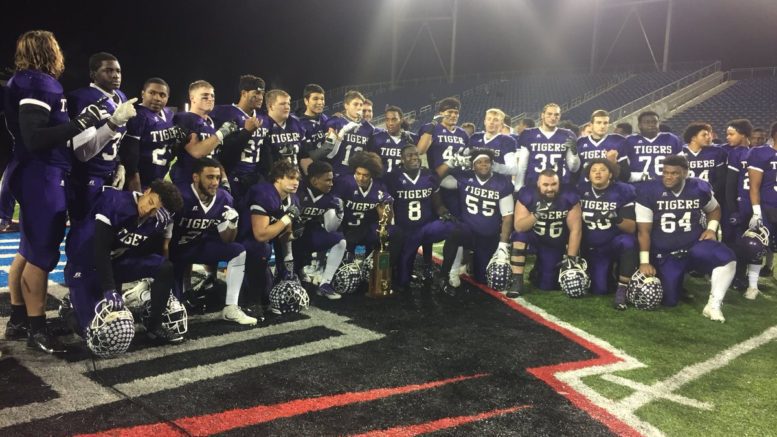 For the first time ever, Pickerington Central is an Ohio state football champ.  Friday night, sophomore quarterback Demeatric Crenshaw ran for 161 yards and six touchdowns to lead the Tigers to a 56-28 win over Mentor in the Ohio Division I state championship game that was played in front of 12,711 fans at Tom Benson Hall of Fame Stadium in Canton.

.@MentorRedline ran into a performance for the ages by @pick_central QB Demeatric Crenshaw (@lilmeechie_king), who rushed for a record-setting SIX touchdowns.

Pickerington Central finishes 14-1 and hopes to improve its current No. 38 ranking in the High School Football America Top 100 national rankings.  Mentor entered the game ranked No. 39 in the nation in our rankings that are created with our proprietary algorithm.