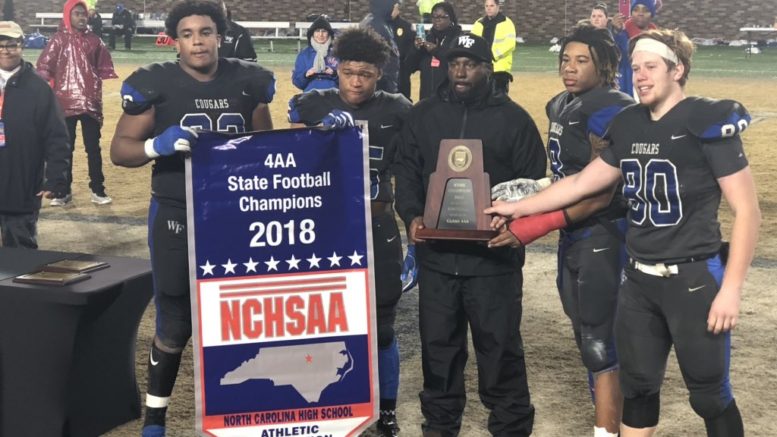 It’s safe to say that Wake Forest’s 45th straight victory and third straight was a bit different. The Cougars, ranked No. 39 in the High School Football America 100, won North Carolina’s Class 4AA state championship with a safety with less than a minute to play against Vance, ranked No. 78 nationally.

After Vance blocked a Wake Forest 22-yard field goal attempt, Vance got the ball at its own one yard line with the score tied at 7-7. That’s when Wake Forest’s defense came-up with the play of the game, tackling Vance quarterback Nigel Summerville in his own end zone after a fumbled snap for a safety and a 9-7 victory.