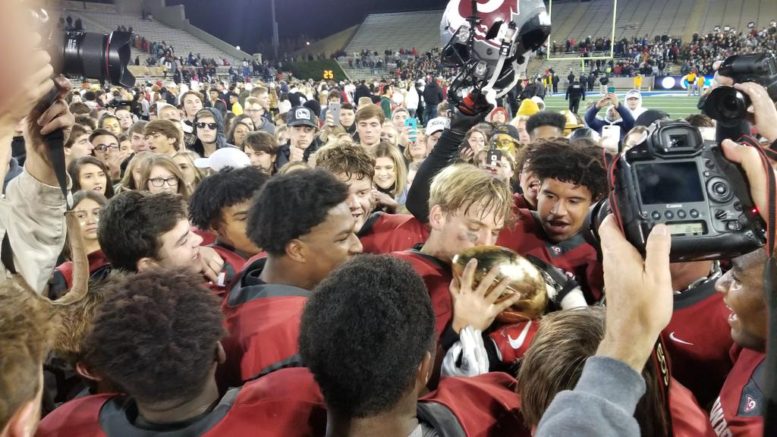 The man that created the Union football dynasty is the man that made a dent in the Redskins’ championship armor. Friday night, Bill Blankenship wrapped-up his first season as the head coach at Owasso with a 21-14 win over his former team to capture Oklahoma’s Class 6A-I championship.  Owasso entered the game ranked No. 40 in the High School Football America Top 100 with its only loss coming at the hands of No. 17 Union in a double overtime thriller in September.

The Owasso Rams are the 2017 6A-1 State Champions!!!! #RiseUp pic.twitter.com/seZFXnCxyY

Owasso took a 14-0 lead that led to the school’s first state title since 1974. Quarterback Will Kuehne scored two touchdowns on 1-yard runs.

The Rams’ win marks the first time since 1995 that a team outside of Union or Jenks has captured Oklahoma’s largest classification.  As the head coach of Union, Blankenship won three of the Redskins’ nine state championships in 2002, 2004 and 2005.

Both teams finish with 12-1 records.

Complete shuffle in NEW “The Other 25”