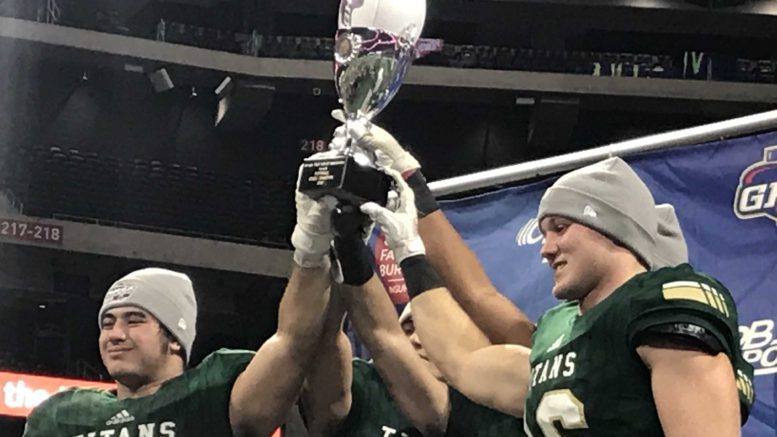 Blessed Trinity pushed its win streak to 20 straight with its 4A championship game win.

This one was close heading into the fourth quarter with BT leading 7-6. A bad snap on a punt from its own end zone hurt Cartersville. The ball squirted out of the end zone to give Blessed Trinity a 9-6 lead. The Titans then took the free kick and converted it into a touchdown with Jake Smith connecting with Ryan Davis on a 54-yard touchdown pass.

Blessed Trinity finishes with a 15-0 record and will bring a 20-game win streak into the 2019 season.