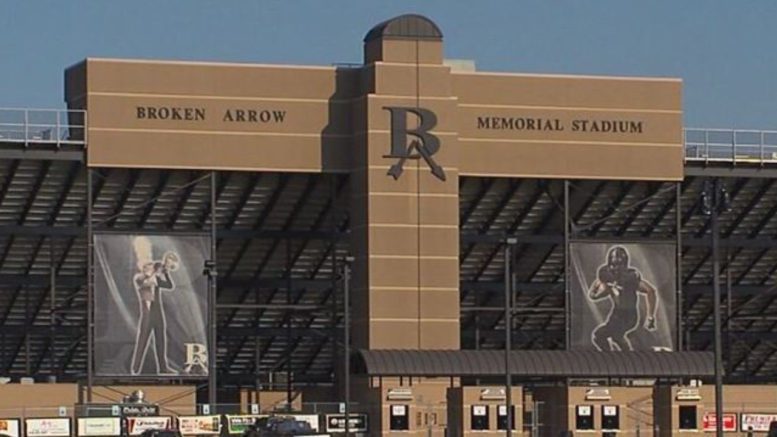 Broken Arrow’s magical season continues after Thursday’s 28-13 defeat of Jenks in a showdown between the No. 1 and No. 2 teams in Oklahoma who are also ranked in the High School Football America 100. Broken Arrow entered the game ranked No. 44 in our national rankings. Jenks was No. 96.

Broken Arrow’s (4-0) defense was outstanding all night, holding the Trojans to just 135 yards of total offense. On the ground, Jenks was limited to 32 yards on 27 carries.

.@jenkstrojans drives down the field on their first drive to take an early 7-0 lead pic.twitter.com/MrmwEeFTjR

.@batigersports answers right back with a touchdown of their own on the first drive. We’re all tied up at 7-7 in the first quarter. pic.twitter.com/bcDBWmjgX4

.@batigersports convert on fourth down in the red zone and punch it in a play later to go up 21-7. Just over 4 minutes left in the half. pic.twitter.com/MmnPAXvpFT

Once again it’s @cortes_noah with the TD giving the Tigers a 28-13 lead with 4:17 to play in the 4th. #OKPreps pic.twitter.com/bLoIDAcXcl

Broken Arrow has now beaten No. 2 Jenks (3-1), No. 3 Owasso and No. 4 Union this season, but remember, the Tigers are likely to see a couple of them again in the Class 6A-I playoffs.