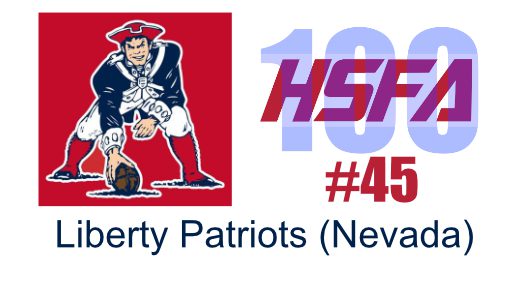 Liberty, ranked No. 45 in the High School Football America 100 and playing its season opener, scored 16 of its points on special teams.

Saguaro drops one to out of state Liberty (Nevada)#FridayNightFever#12Sports pic.twitter.com/WhRSUlQxkx

@cmsoelle #ConnorSoelle with the pick 6 in the first quarter of the #Saguaro (AZ) vs #Liberty (NV) game pic.twitter.com/1WPwb9QpxW

Play of the night in the #Saguaro (AZ) vs #Liberty (NV) game goes to @chillwill_8 #WillShaffer who takes the throw from @TylerBeverett – bounces off his first defender, stiff arms his second, then tightropes down the sideline for a TD pic.twitter.com/dxD6psmIjD