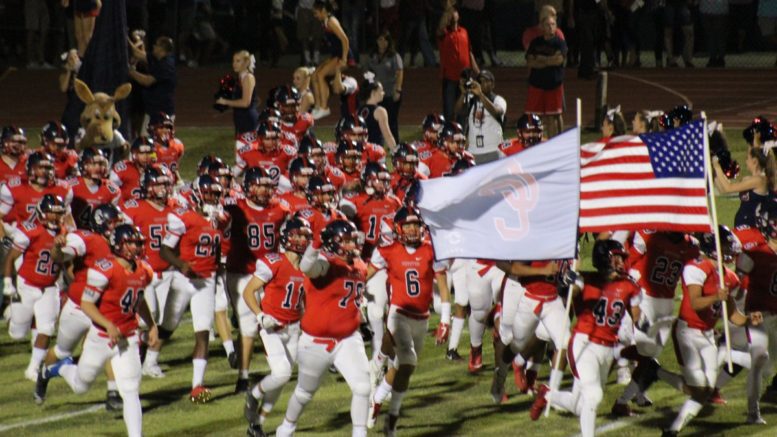 While many are shocked at No. 5 St. Thomas Aquinas losing in Arizona Friday, it should be pointed-out that the defending 7A Florida state champs lost to a very good Centennial High football team that entered the game ranked No. 4 in the High School Football America Arizona Top 10 and No. 19 in our West Regional rankings.

Centennial (6-0) used a solid defense to shutdown STA, which was playing its second game in five days.  The Raiders (3-1) beat Stranahan Monday in Fort Lauderdale, Florida.

Two field goals gave the Coyotes a 6-0 lead late into the fourth quarter.  Then Zidane Thomas ripped-off a 56-yard touchdown run with under two minutes to play to ice the victory.

Where the Top 25 Plays this Weekend