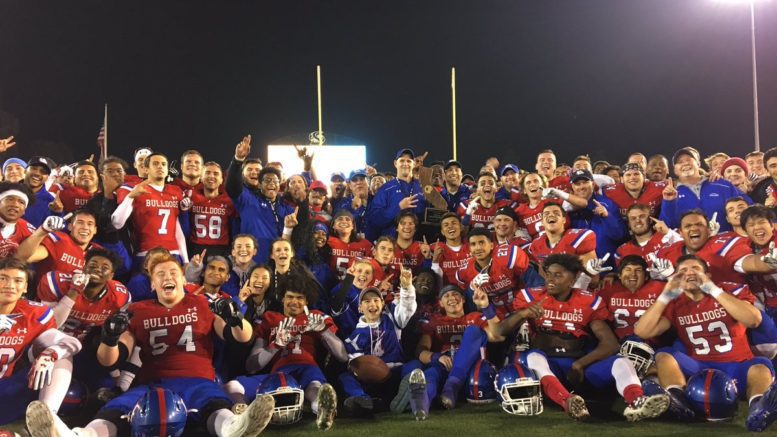 Folsom, which has been making a steady climb through the High School Football America Top 100, is celebrating its third state championship.  Friday night, the Bulldogs, currently ranked No. 52 nationally, beat Helix 49-42 for the CIF Division 1-AA state title.

After falling behind 14-0, Folsom scored 28 unanswered points led by junior quarterback Kaiden Bennett, who finished with 327 yards passing and 147 yards rushing. He threw for four TDs and ran for two.  Bennett junior stats are outstanding — 4,436 yards and 57 touchdowns, plus he rushed for 1,226 and 16 TDs.

Look for Folsom to climb in the new High School Football America released that will be released on Sunday, plus with a large majority of this year’s championship team returning, Folsom should be highly ranked to start 2018.