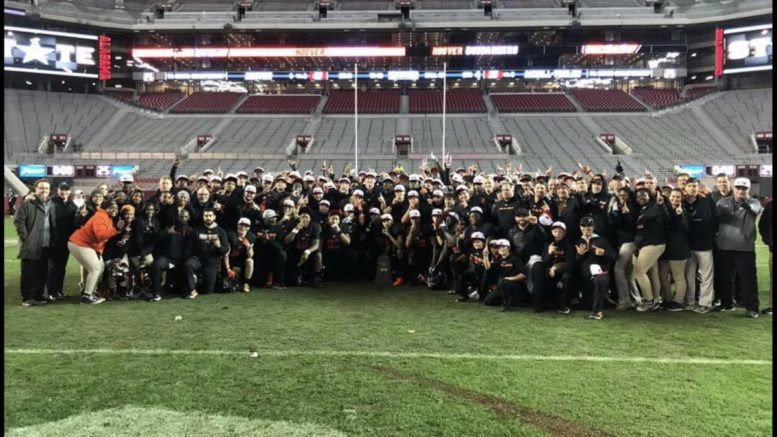 Hoover quarterback Jalen Parker was the game’s MVP, completing 11-of-15 passes for 264 yards and four touchdowns.

The win marks the third straight game that Hoover, ranked No. 52 in the latest High School Football America Top 100 national rankings, beat an unbeaten team.  In the quarterfinals, the Bucs beat Hewitt-Trussville and two weeks ago in the semis, they beat Thompson.  M-T entered the game ranked No. 65 in the nation.

The state championship is the seven overall for Hoover head coach Josh Niblett, who has won six with the Bucs and one with Oneonta in 2004.  Niblett is the first coach to ever win seven state football championships in Alabama.