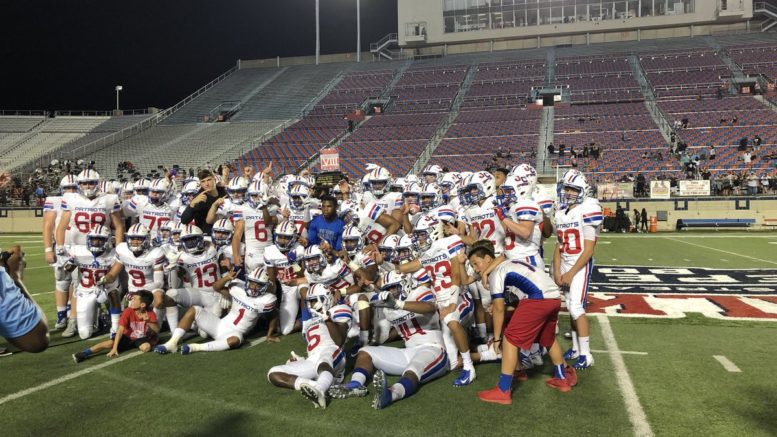 John Curtis (Louisiana) is 2-0 on the young 2018 high school football season after a 21-14 defeat of Bishop Lynch (Texas) Thursday night at the Battle on the Border Showcase in Shreveport, Louisiana. The Patriots entered the contest ranked No. 55 in the High School Football America 100 national rankings and No. 2 in the state.

Corey Wren, who scored the game’s first touchdown, ran for 121 yards on just ten carries. Shane Goins had two touchdowns runs for the JC, who was with junior quarterback Colin Guggenheim who missed last week’s game with an injury.