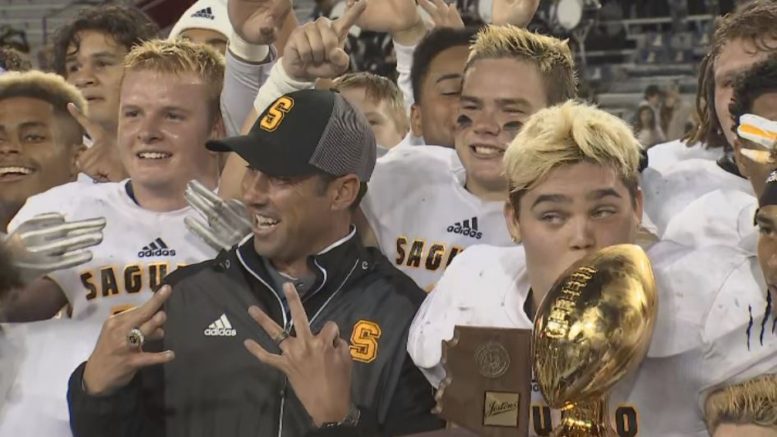 Saguaro rolled to a sixth straight Arizona high school football championship with a 42-16 win over Salpointe Catholic Friday night in the Class 4A title game. In addition to the state record streak, the Sabercats now have won twelve overall titles since 1995.

“I don’t know if it feels better and better but it sure feels damn good,” coach Jason Mohns said about the state-record streak that he started in his second season leading  the Saguaro program. “We’re not tired of it. We love it. We work hard at it. It’s a culmination of a year’s worth of work from the coaches and the players.”

When Saguaro head coach Jason Mohns won his first state championship in 2012, he proposed to his wife on the Block A at Arizona Stadium.