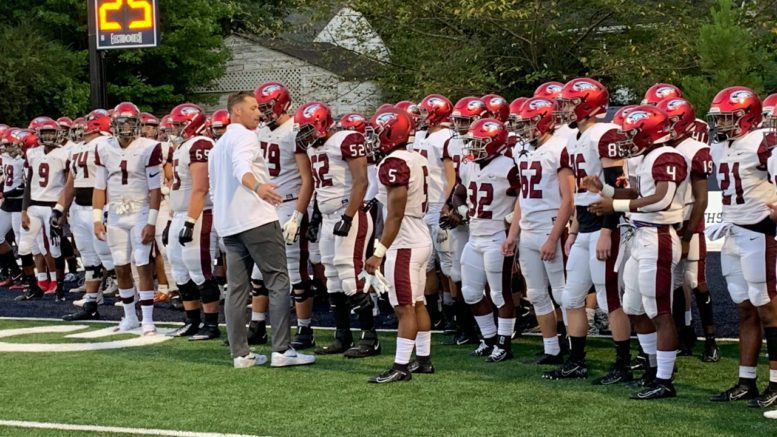 After SJP took what looked like the go-ahead lead with 1:18 to play when junior quarterback Kyle McCord found Samhir Hagins in the end zone for a 12-yard touchdown, Tennessee-recruit Harrison Bailey went to work.

Down 17-14, Bailey directed a 66-yard scoring drive that ended with a 23-yard touchdown pass to Ricky White with :14 seconds remaining.

Down 17-14, Bailey directed a 66-yard scoring drive that ended with a 23-yard touchdown pass to Ricky White with :14 seconds remaining.

The last second loss cost Tim Roken a victory in his debut as the Hawks head coach. Roken is taking-over for Gabe Infante, our 2018 National Coach of the Year, who left at the end of last season to become an assistant coach at Temple.