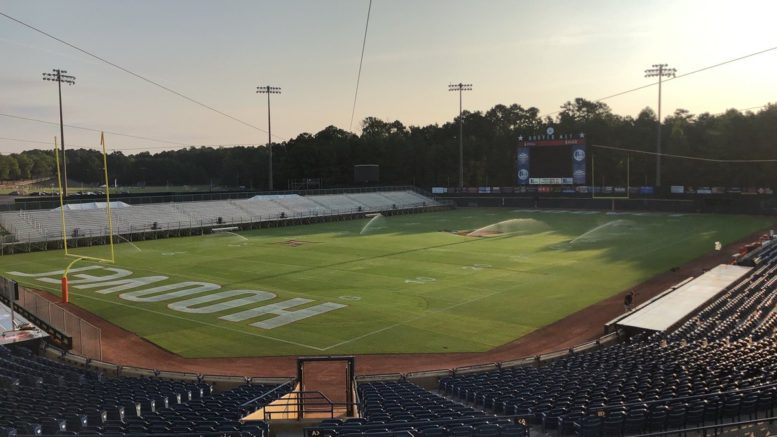 Two-time defending Alabama champ Hoover, ranked No. 6 in the High School Football America 100, served notice that a three-peat is definitely in the cards with a 52-14 rout of Pinson Valley in a Saturday showdown between the 2017 7A and 6A champs that was televised on ESPN.

While many thought the nationally-televised contest would showcase Auburn-recruit Bo Nix, it was Hoover junior quarterback Robby Ashford who stole the show. Ashford, who was making his varsity starting debut, was 19-for-25 for 352 yards and four touchdowns.

On defense, the Bucs throttled Nix, the No. 1 dual threat quarterback prospect in the Class of 2019, who finished 19-of-37 for 197 yards and one touchdown.

Up next for Hoover, which plays one fo the toughest schedules in the nation, is No. 9 St. John’s College High School from Washington, D.C. The Cadets travel to Alabama next week.

No. 69 Maryville tops No. 40 Oakland in Tennessee showdown