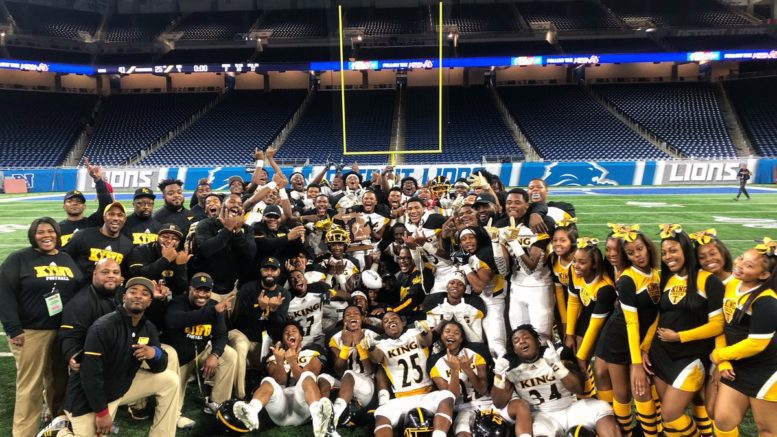 Detroit King got revenge against nationally-ranked Muskegon, ranked No. 63 in the High School Football America 100, in the Michigan Division 3 title game Saturday. After losing to Muskegon during the second week of the regular season, King beat the Big Reds 41-25 for the school’s third state championship in the last four years.

Dequan Finn is no one-trick pony. Watch as he rushes into the end zone & Detroit M.L. King puts another TOUCHDOWN up!! #FWIM2018

Detroit M.L. King threads the needle to extend their lead to 28 – 17 with another TOUCHDOWN midway through the 4th QTR!! #FWIM2018 pic.twitter.com/ZLS1tPm655