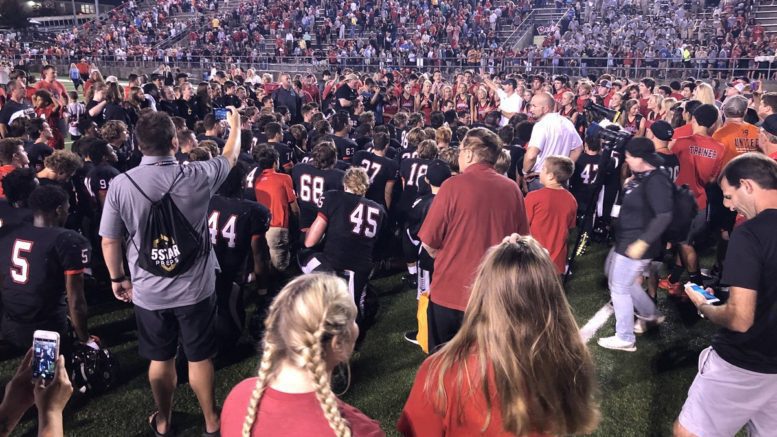 The rivalry between Tennessee high school football powers picked-up where it left off last season.

No. 69 Maryville beat No. 40 Oakland Friday night 24-21, giving the defending state champs two straight victories over the Patriots. For the third straight game, the victor won by just three points.

Maryville captured Friday’s victory on a one-yard run with :39 seconds to go. The Rebel defense then needed to defend a Hail Mary pass to capture the win.

Did you miss the final minutes of the Maryville/Oakland game?
Here’s what you missed🎥⬇️🏈@homeoftherebels pic.twitter.com/w4ttlsVVnS

In the 2016 Class 6A state championship game, Oakland beat Maryville 23-7.

Check-out where Maryville climbs to in the High School Football America 100 that will be released Sunday afternoon.