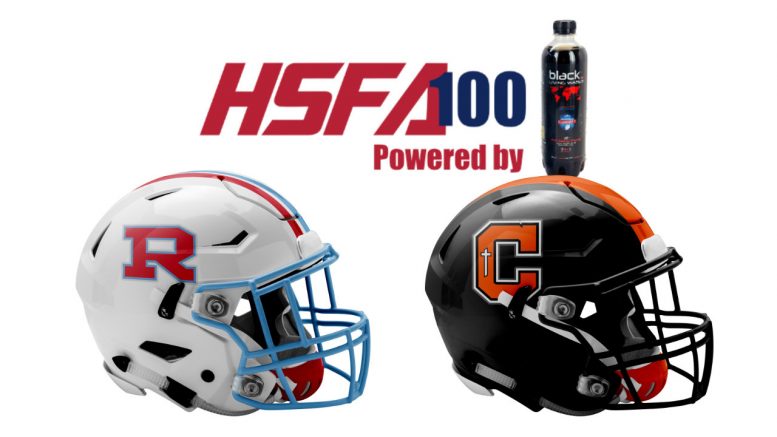 Archbishop Rummel and Catholic (Baton Rouge, Louisiana) will be looking for upward movement in the new High School Football America 100 national high school football rankings on Sunday, thanks to impressive wins on Saturday.

No. 71 Rummel, the state’s defending Division I champs, beat No. 75 John Curtis 20-14 at Joe Yenni Stadium. The Raiders, ranked No. 71 in the latest Top 100 powered by BlackMP Living Water, were led by Kyle Wickersham, who passed for two touchdowns and ran for a third score. Wickersham, a member scoutSMART® High School Football America Academic All-American Watch List, completed 10-of-19 passes for 95 yards and two scores. He also ran the ball 17 times for 75 yards and a touchdown.

In Baton Rouge, No. 83 Catholic won its fourth straight, handing defending Class 5A state champ Acadiana a 27-21 defeat. The Bears handed the the Rams, ranked No. 49 in the High School Football America 100, their first loss of the season by jumping-out to a 21-0 second quarter lead.

Acadiana fought back to tie the game at 21-21 in the third quarter. The game-winning score came when quarterback Daniel Beale connected with Tre Benson on a 45-yard touchdown pass with 5:15 left to play in the game.

No. 89 Cardinal Gibbons stuns No. 5 St. Thomas Aquinas in battle of Florida heavyweights