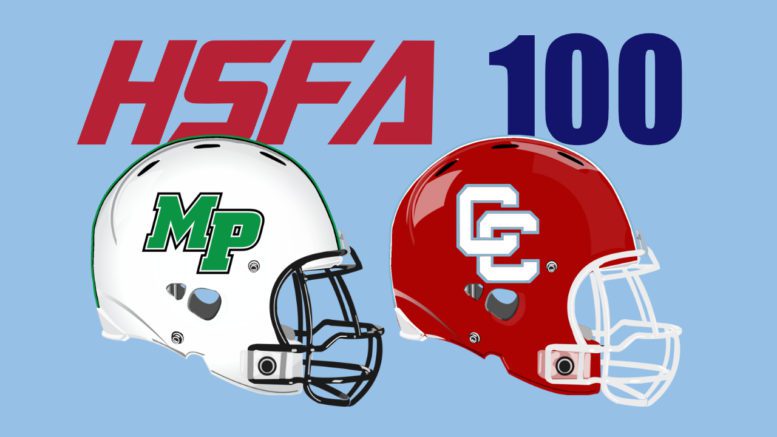 After horrible Friday night weather in North Carolina, two teams in the High school Football America 100 national rankings finally get a chance to strut their stuff on Monday night.

No. 77 Myers Park rolled past Olympic 42-0 in a game that saw junior quarterback Drake Maye show why he’s considered one of the best in the country in the Class of 2021. Maye, who’s given his verbal commitment to Alabama, completed 16-of-21 passes for 211 yards with three touchdowns. Texas A&M commit Muhsin Muhammad III caught all three touchdowns passes.

Two-time defending 3A champ Charlotte Catholic had no trouble in its 42-7 win over South Mecklenburg. Coming up on Friday, the Cougars travel to Maryland to take-on Good Counsel, which is currently ranked No. 25 in the High School Football America 100.