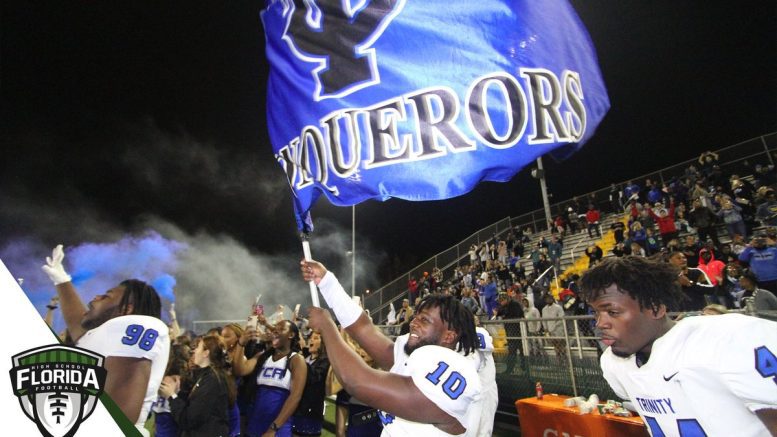 Playing one of the toughest high school football schedules in the nation paid-off for the Trinity Christian Academy Conquerors Thursday night. TCA, ranked No. 77 in the High School Football America 100 national rankings, powered by NFL Play Football, beat Champagnat Catholic 41-23 for the Florida 2A state championship at Gene Cox Stadium in Tallahassee.

Champagnat got out to the early 7-0 lead, but after that, the Conquerors took control by scoring 27 unanswered points.

Both teams started freshman quarterbacks — Huley for TCA and Ennio Yapoor for Champagnat.

The championship is the ninth overall for the Jacksonville school led by Verlon Dorminey, who earlier this year won his 300th career game.

TCA finishes 2021 with a 10-4 record. The Conquerors started the season with five straight wins before losing 4-of-5, which dropped their record to 6-4 heading into the playoffs.