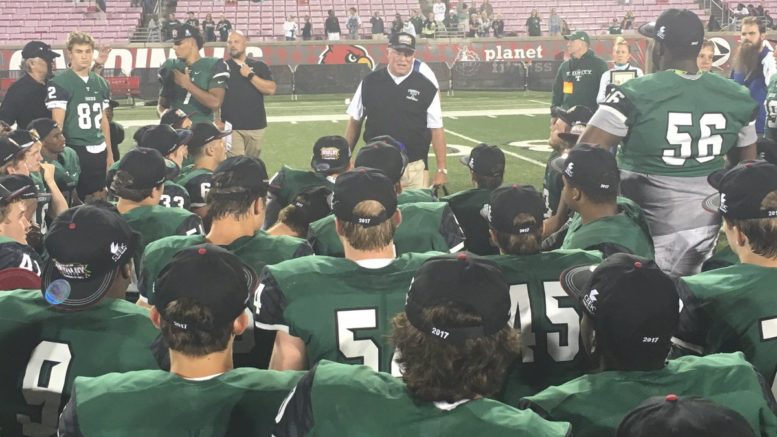 Four touchdown passes from Nick Bohn led No. 8 Trinity to a 28-0 shutout of St. Xavier, ranked No. 78 in the High School Football America Top 100.  The game between the arch-rivals was played in-front of an estimated crowd of 24,000 fans at Papa John Stadium.

The Trinity defense played well, limiting its arch-rivals to 158 yards in total offense with five sacks, according to the Courier-Journal.

The defending 6A state champs have won 22 straight overall and own a six game win streak against St. X.  Trinity leads the overall series 44-37-2.

And, Down the Stretch we come in the High School Football America 100