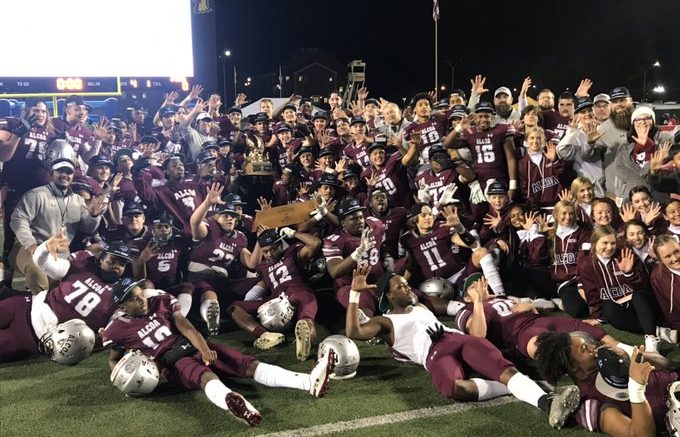 Tristan Blankenship pounds his way into the end zone and @alcoafootball leads 14-0 with 1:46 remaining in the first quarter @prepxtra pic.twitter.com/QX3g5ApTVn

Once again, the Tornadoes defense was outstanding, limiting P-C to 83 yards of total offense. It was the team’s 10th shutout of the season. The Tornadoes outscored their opponents this year 653-to-71.

QUICK TAKE – @alcoafootball QB @samvaulton14 on winning a state title in his first season as the starter. pic.twitter.com/L1QQqoXoEE