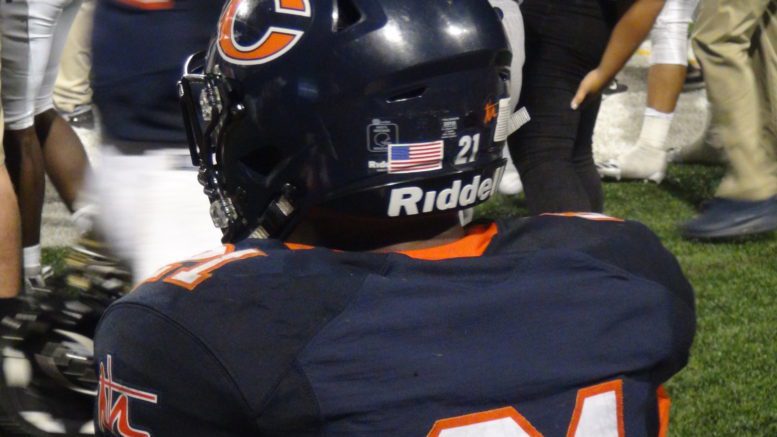 Chaminade senior running back Andrew Van Buren scored four rushing touchdowns Thursday night to power the Eagles, ranked No. 87 in the latest High School Football America rankings that are created with our proprietary algorithm, to a 39-25 victory over No. 41 Mountain Pointe (Arizona) in the Under Armour Brother in Arms Classic at Mission Viejo High School in Southern California.  Van Buren, who is a Boise State verbal commit, also rushed for 137 yards and now has eight touchdowns in two games.

Another highlight came on the third play of the game when quarterback Ryan Stevens hooked-up with Stanford-recruit Michael Wilson on a 78-yard catch-and-carry that game Chaminade the early 7-0 lead.

Next week, Chaminade will play St. John Bosco, ranked No. 8 in the nation in the latest High School Football America Top 100.