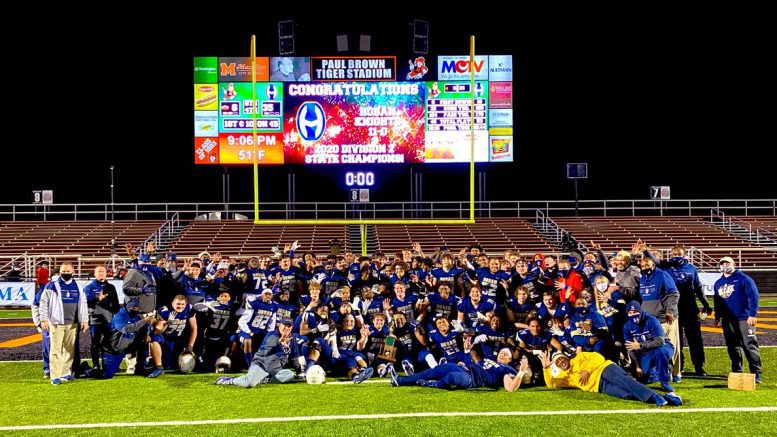 The Knights got out to a 14-0 first quarter lead and never looked back.

Hoban has no problems with their opening drive!

Massillon closed to within 14-6 at the half, but after that it was all Hoban.

Kharion Davis is having an unreal night!

On fourth down, Hamm connects with Tyson Grimm for a 36-yard touchdown!

Touchdown pass from Shane Hamm to Chances Carter-Hill late in the fourth. pic.twitter.com/ETne4Ykbbu

No. 17 Northwestern beats No. 21 Miami Central Top 100 opener for both South Florida teams