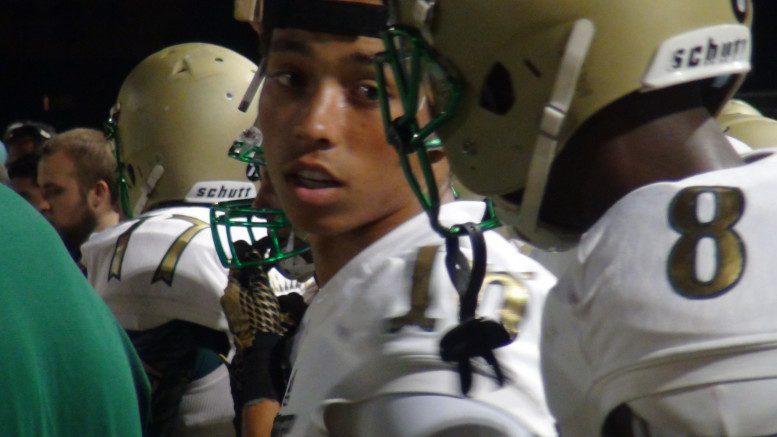 5-star QB prospect was in street clothes and a Poly jersey two weeks ago against Narbonne.

It’s official, the CIF-Southern Section has approved 5-star quarterback prospect Malik Henry‘s eligibility, which means he will be available to play for Long Beach Poly when it travels to Nevada to take on nationally-ranked Bishop Gorman (3-0) Friday.

The big question is who gets the start for the Jackrabbits?

Poly is off to a 2-0 with Nolan McDonald at the helm of the offense.  McDonald has completed 21-of-47 passes for 237 yards and two touchdowns, while throwing one interception.  He also leads the team in rushing with 151 yards and a score.

If Henry, who given his verbal commitment to Florida State, plays against Gorman, and there’s probably no doubt he will, it will create a match-up of top-rated quarterback prospects.  Junior Tate Martell, who has given his verbal to Texas A&M, has thrown for 484 yards and four touchdowns so far this season for the Gaels without an interception.

Henry, who played his last two seasons at Westlake High School (Westlake Village, California), enrolled at Poly after a short stay at IMG Academy in Florida.