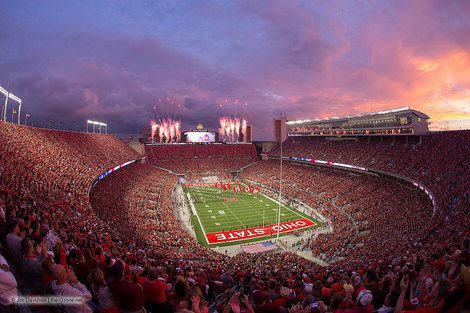 The Ohio High School Athletic Association has announced that the state football championships will remain in Columbus in Ohio Stadium through 2016.

The announcement results in a one-year extension for the Greater Columbus Sports Commission and the Ohio State Athletics Department.  Columbus was awarded the 2014 and 2015 title games after Stark County had hosted the games in Canton and Massillon for 24 years between 1990 and 2013.  The OHSAA had discussed moving the championships back to Stark County, but renovations at Tom Benson Hall of Fame Stadium, formerly known as Fawcett Stadium, are expect to last until 2017.

This year’s championship games in Columbus are schedule for December 3rd through the 5th.

You can read the OHSAA’s news release by clicking here.