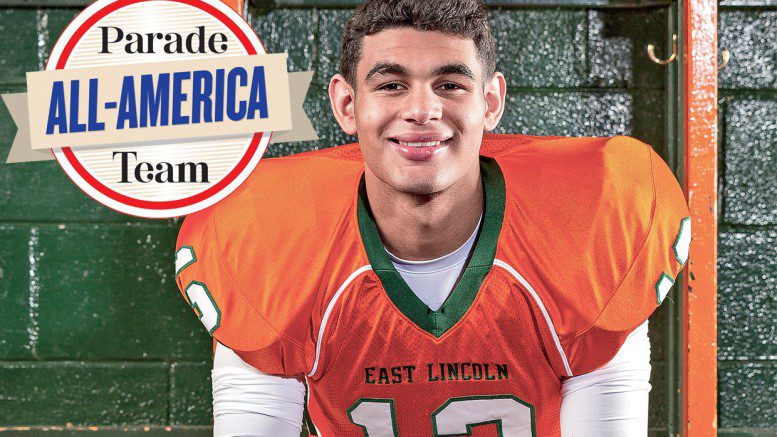 Parade Magazine, which has been honoring America’s best high school football players for more than half a century, has released its 2016 All-America team.

Leading the way is East Lincoln High School (North Carolina) quarterback Chazz Surratt, who is Parade’s Player of the Year.

According to Parade, Surratt, who signed earlier this week with North Carolina, set state records for total offensive yards (16,593) and total touchdowns (229).   This year, the dual-threat QB finished his senior season with 3,546 passing yards and 51 TDs.  He also rushed for 1,345 yards and 15 TDs.