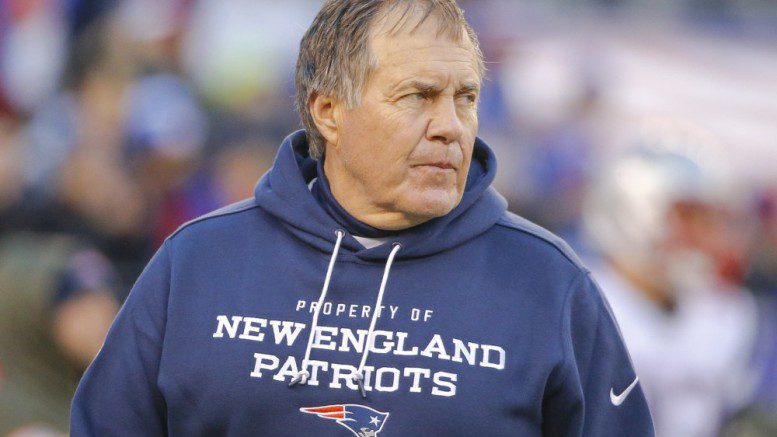 Bill Belichick knows a thing or two about the game of football.  So, when the leader of the New England Patriots takes time to talk about Thanksgiving high school football, we need to listen.

According to NBC Sports, at the end of his Thanksgiving news conference, the man that has guided the Pats to four Super Bowl wins in six tries, said the following about the tradition of high school football on Thanksgiving morning.

“Today is also a day to be recognized with the high school football level with so many traditional and rivalry games taking place. Having been at high school and played in those games myself, we always had a traditional Thanksgiving Day game between Annapolis and Severna Park, and I know how important that was to the teams, the families and really the whole school body that supported us. It’s such a good traditional way to capture and bring a lot of things together — family, community, friendship — and do it in a competitive way but also in a way that bonds friendship and community support. And just recognizing the high schools, the great job the coaches and those programs do to develop players that eventually become our players and how impactful they are to our players.

“When I talk to players at the [scouting] combine in the spring and so forth usually the two most influential people for kids are their parents or in some cases one parent and then the high school football coach or maybe a junior high school football coach — somebody who mentored them along the way or kind of helped them develop as young men. All of us who have had that opportunity have certainly gained from it and taken from it. So just reaching out to them with our level of appreciation for what they do for kids that we eventually see at this level and for all the support that the parents and the families and the high schools gives those teams and those players and how it brings everybody together. And again, thanks to all of you for taking time on your Thanksgiving morning to accommodate us, and we look forward to seeing you out in Denver. Happy Thanksgiving.”

How well does Belichik, who is a member of the Annapolis High School Hall of Fame, remember those Turkey Day games?

In 2013, he told the Patriot Ledger, “They got us my senior year. We got them my junior year.”

Annapolis and Severna Park no longer play on Thanksgiving.  This year, Annapolis won the game 38-0 on October 12th.