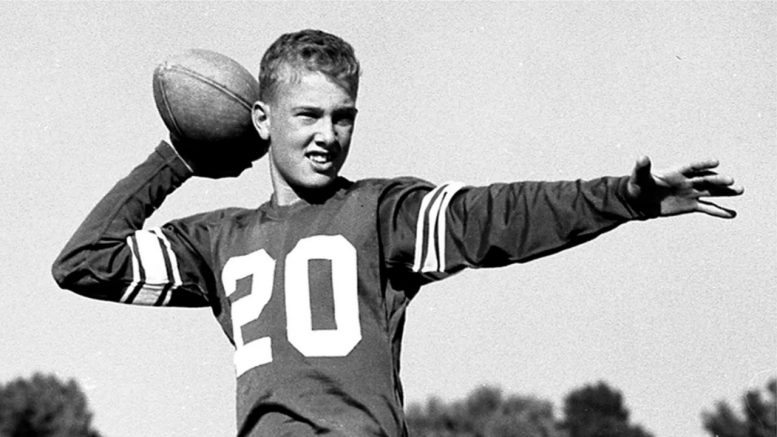 In a day-and-age when college football prospects receive star ratings, it may surprise you that Pro Football Hall of Fame running back Paul Hornung, who passed away over the weekend, wasn’t scouted in-person by the University of Notre Dame. On March 5, 1953, The Courier-Journal in Louisville published a story touting the fact that Hornung and his Flaget High School teammate Sherrill Sipes were offered scholarships based “solely on the strength of what high school game movies show they can do.” 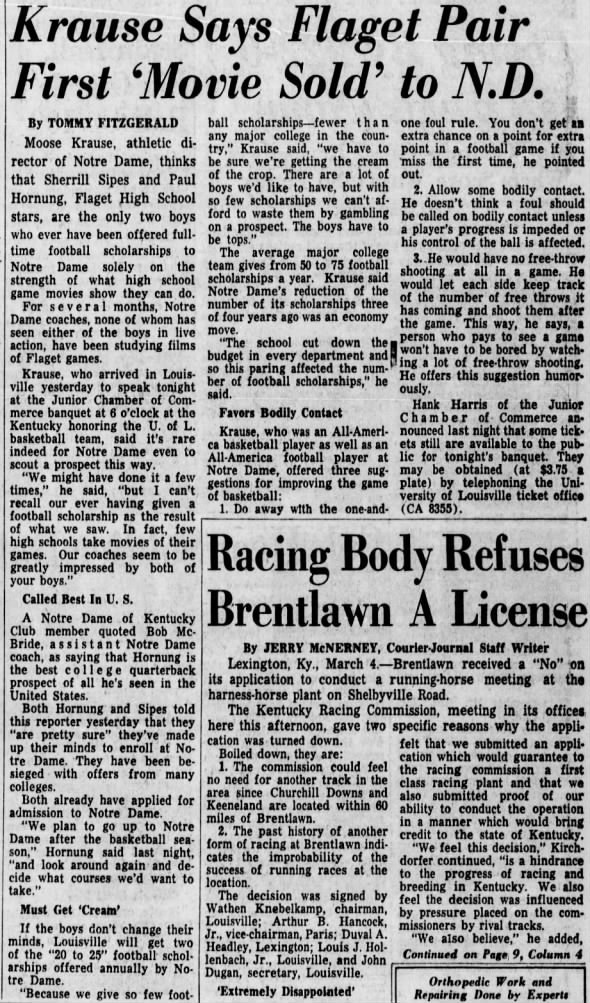 Hornung was an outstanding three-sport athlete (football, basketball and baseball) at Flaget High, which closed in 1974. 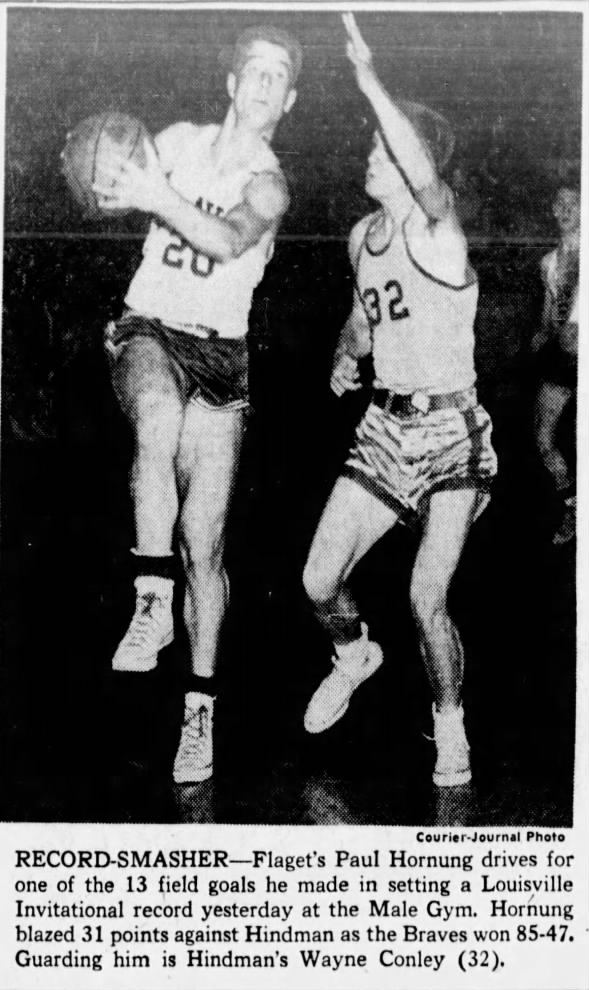 On the gridiron, Hornung was celebrated for his ball-handing in his team’s Split-T formation. He began playing on varsity as a freshman. During his senior season, Hornung passed for 17 touchdowns and ran for four more. He also also booted 29 extra points. 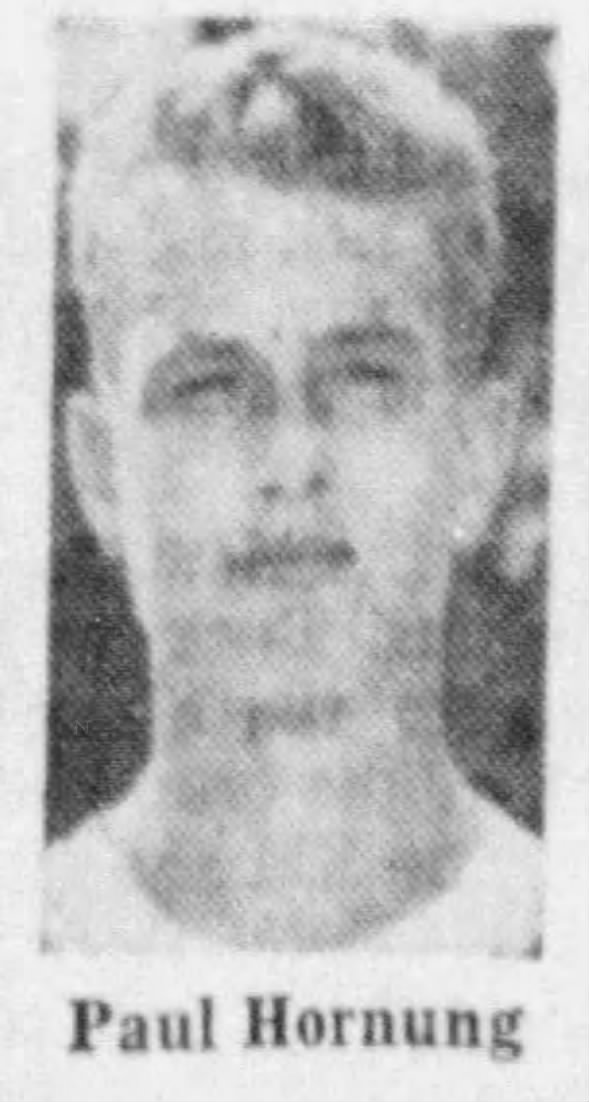 During his senior season in 1952, he and Sipes, one of the team’s running backs, led Flaget to a 9-1-1 record. The Braves only loss was to Oak Ridge High School in Tennessee. The tie came against Tennessee’s Chattanooga Central High School.

Its win over St. Xavier at the end of November 1952 led to Flaget being named as Kentucky’s AAA state champion. 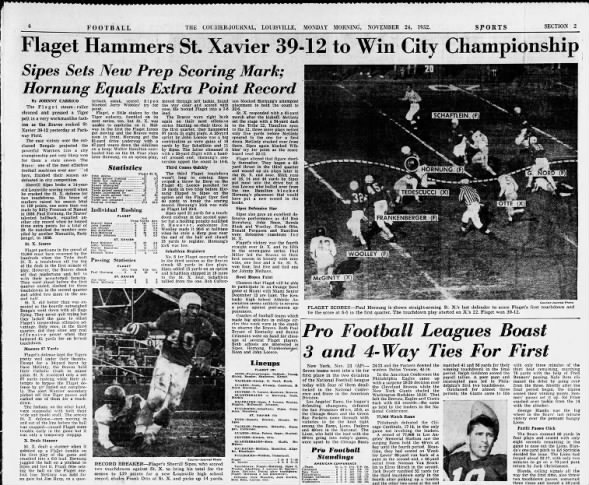 According to a poll conducted by The Courier-Journal in 1959, the ’52 Flaget team was voted as the high school football team of the 1950’s and Hornung was voted as the newspaper’s Player of the Decade. In 1957, he became the first Heisman Trophy winner to be selected No. 1 overall in the NFL Draft.

Both Hornung and Sipes closed-out their scholastic careers by being named to Kentucky’s 1st Team All-State squad. 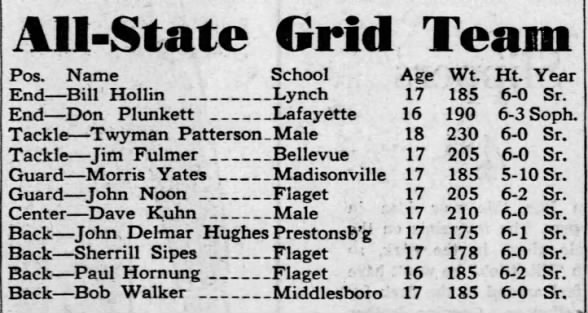