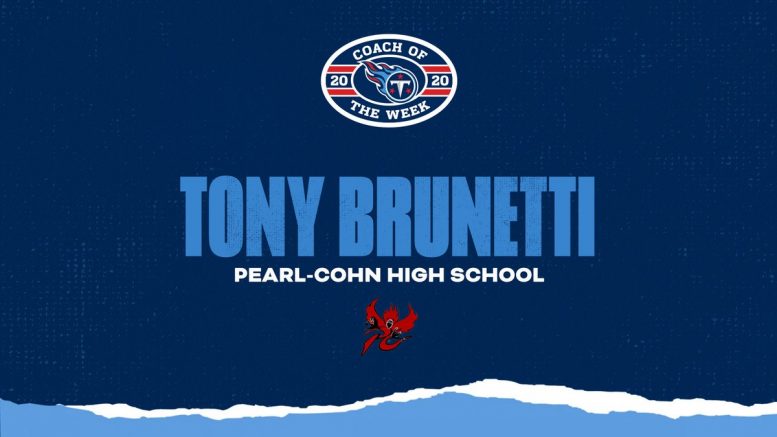 Congratulations to Tony Brunetti, head coach at Pearl-Cohn, on being named the Tennessee Titans Week 5 High School Coach of the Week. Brunetti is currently in his 14th season as the head coach of the Firebirds.

After a month delay to the start of the regular season for the metro Nashville schools, Pearl-Cohn opened its 2020 season with a thrilling 14-7 win over Hillboro.

Congrats to Coach Tony Brunetti of Pearl-Cohn HS for winning our @Titans HS Coach of the Week honors for 9/25. The Firebirds kicked off their season with a thrilling victory in double OT‼️ Coach Brunetti will receive a $1000 donation from the #Titans Foundation for his program 🏈 pic.twitter.com/ODt6W8t8Br

Last season, Pearl-Cohn finished runner-up in Class 3A after losing to nationally-ranked Alcoa in the state championship game.

Brunetti’s program will receive a $1,000 donation courtesy of the Titans Foundation, plus he is now in the running for the 2020 Titans’ Coach of the Year Award.