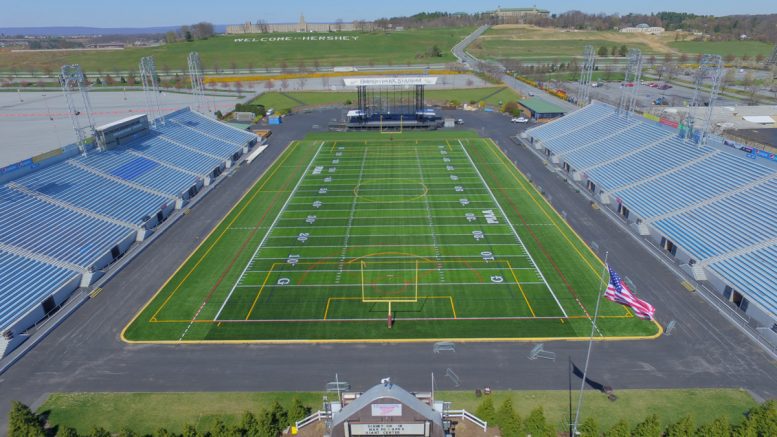 The Pennsylvania Interscholastic Athletic Association is moving the state football championships away from Hersheypark Stadium, which has hosted the state finals since 1998.

The PIAA has announced that Cumberland Valley High School host the championship games through 2025, starting with ’22 season.

Prior to moving to Hershey, Altoona’s Mansion Park hosted the state title games from 1991 through 1997. Pennsylvania has been playing state championship games since 1988