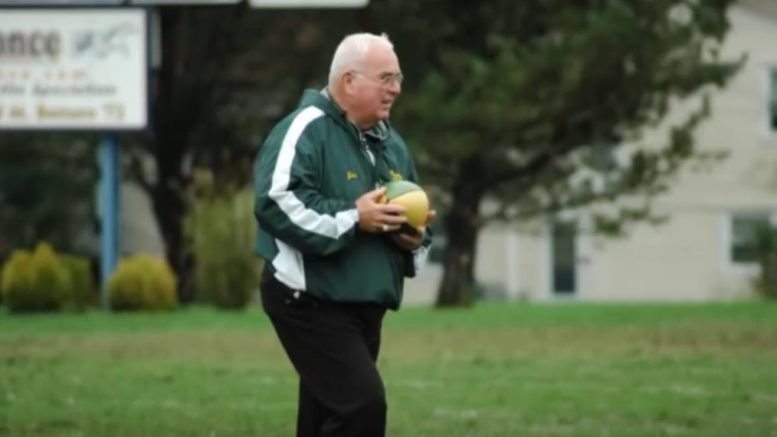 For 44 years, Jim Algeo was the head football coach at his beloved Lansdale Catholic High School. Sunday night, Coach Algeo passed away after a long illness.

Algeo led his school to 293 victories with 11 conference titles and a runner-up finish in the Class 2A championship game in 2004.

Prayers for @LCCrusaders longtime coach, teacher and counselor Jim Algeo who passed away earlier today. His wife, Mickey had passed away in November so we are sure they are together again, they had great devotion to our Blessed Mother, prayers for the Algeo family @ArchPhilly pic.twitter.com/o1ly5h3tkb

I met Coach during my days at WFMZ-TV in Allentown, Pennsylvania and I can honestly say, he was one-of-a-kind who loved his kids and his school.

During my final year at WFMZ-TV, I met Algeo’s quarterback Joe Judge who earlier this month was named head coach of the National Football League’s New York Giants. Judge had big shoes to fill after Algeo’s son (John Algeo) and grandson (Mike deMarteleire) were in-charge of Coach Algeo’s high-octane offense that was ahead of its time in Pennsylvania’s run-first offense era.

In July 2018, I interviewed Coach Algeo’s daughter M. Bridget Algeo-Letukas on the High School America Radio Show, who was writing a book and producing a documentary called Football Family about her father. You can listen to the interview below.