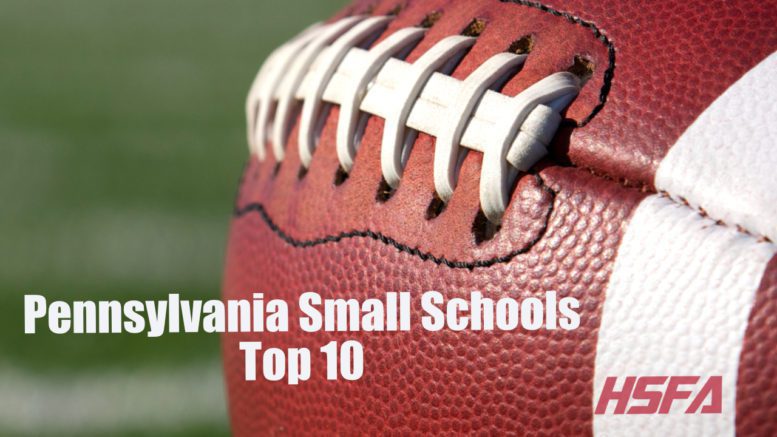 Top-ranked Southern Columbia will put its No. 1 ranking on the line this week in the Class 2A state semifinals against No. 6 West Catholic. The eight-time state champion Tigers will be looking to make it to their 17th state title game.

In the other half of the bracket, No. 8 Wilmington will play Steel Valley, which enters the rankings at No. 10 this week.

In Class 3A, No. 2 Aliquippa will square-off with Sharon in one state semifinal, while in the other, No. 3 Middletown plays No. 4 Scranton Prep for the right to go to Hershey.

Finally, in 1A, No. 7 Farrell, which is celebrating its 100th year of football, will be going after its third overall state title. In the state semis, Farrell plays Our Lady of the Sacred Heart. In the other half of the bracket, Lackawanna Trail faces Juniata Valley.