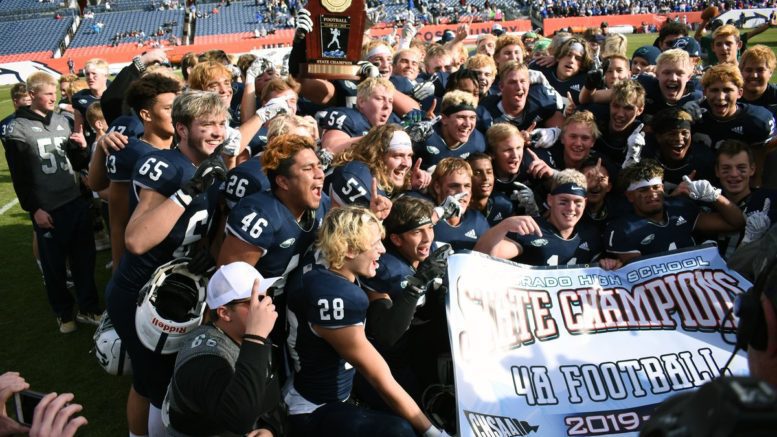 Pine Creek, ranked No. 2 in the High School Football America Colorado Top 10, rolled to its second state championship in four years with a 34-3 win over No. 8 Broomfield.

Another football state title for @PineCreekHS 🏆

Palmer Ridge got its three-peat in the 3A title game. The Bears beat Pueblo South 35-13. It was the second time this year, the Palmer Ridge beat the Colts.

Both teams finish with 12-2 records.