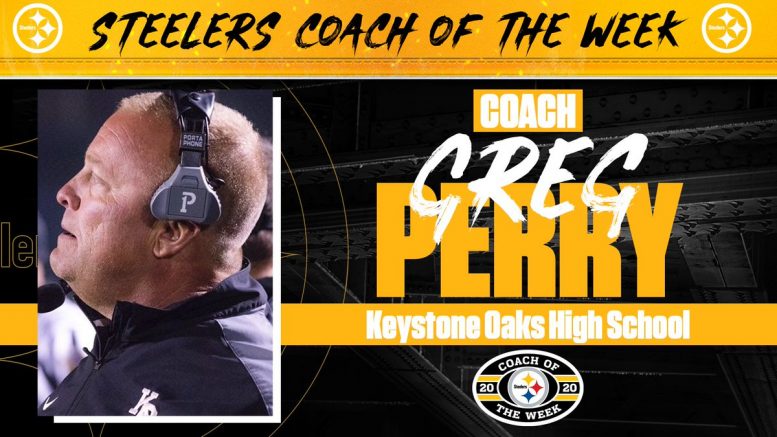 Keystone Oaks head football coach Greg Perry is the Pittsburgh Steelers’ Coach of the Week. Perry, who’s been coaching high school football in western Pennsylvania since the 90’s, is known a guy who can develop high school quarterbacks.

Coach Perry has a tremendous list of successful quarterbacks in his 29 year coaching history, including former Steeler, @bgradkowski5

Before returning to Keystone Oaks, his alma mater, Perry coached former NFL quarterback Bruce Gradkowski when he was the head coach at Seton-La Salle High School. Bill Stull, who played for the University of Pittsburgh, was another successful QB for Perry at Seton-La Salle.

At Keystone Oaks, current Duquesne backup quarterback Alex Smith was a dual-threat QB for Perry. His current quarterback, Logan Shrubb, is a four-year starter, who’s likely to become just the fifth WPIAL players to fifth player to throw for 5,000 career yards and run for 2,000.