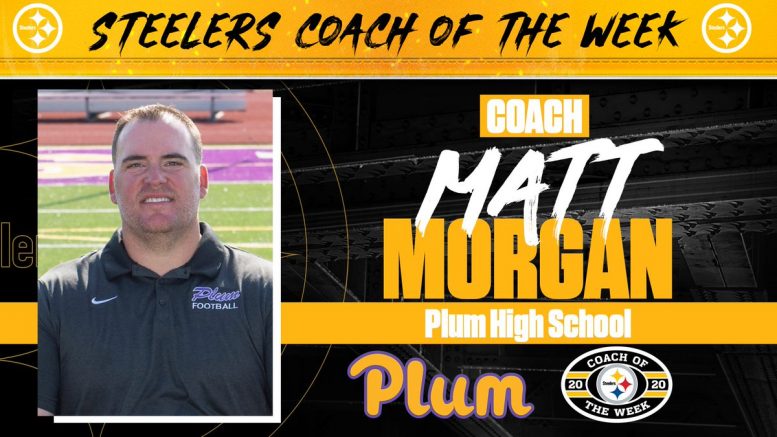 For the first time since 2015, the Plum High School football program is off to a 3-0 start and that start is being honored by the Pittsburgh Steelers, who have named head coach Matt Morgan as their Week 3 Coach of the Week. Morgan has been the program’s head coach since 2013.

In Week 3, the Plum Mustangs knocked off the No. 2-ranked Mars Planets, 49-21. Coach Matt Morgan’s Mustangs have been averaging 44 points per game on offense this season, while only giving up 15 points per game. The rushing attack for Plum has been outstanding, with multiple players surpassing the 100 yard-rushing mark in games. Coach Morgan, a former Plum player himself, took over the program in 2013, and has the Mustangs off to their first 3-0 start since 2015!