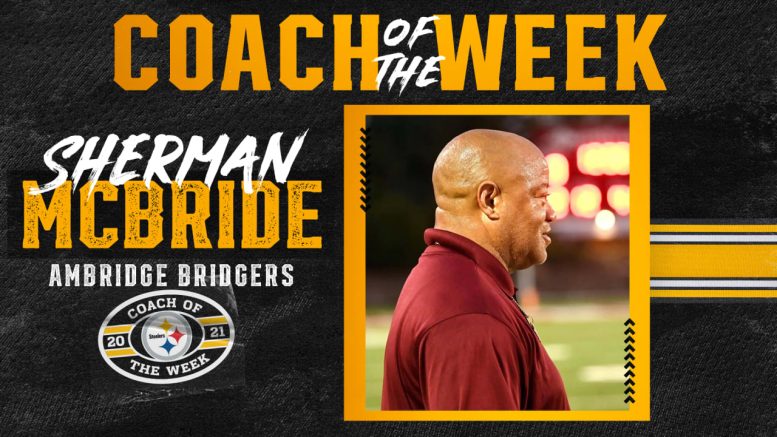 Sherman McBride of Ambridge High School is the Pittsburgh Steelers Week 5 Coach of the Week.

“The Bridgers defeated Hopewell 35-9 in a Class 3A Northwestern 6 Conference battle. The victory ends a 28-game losing streak by the Bridgers, and is the first of Coach McBride’s head coaching career after being named head coach earlier this year. He served as an assistant coach for 21 years under former two-time Steelers Coach of the Year winner, Mike Zmijanac.”

From the Pittsburgh Steelers