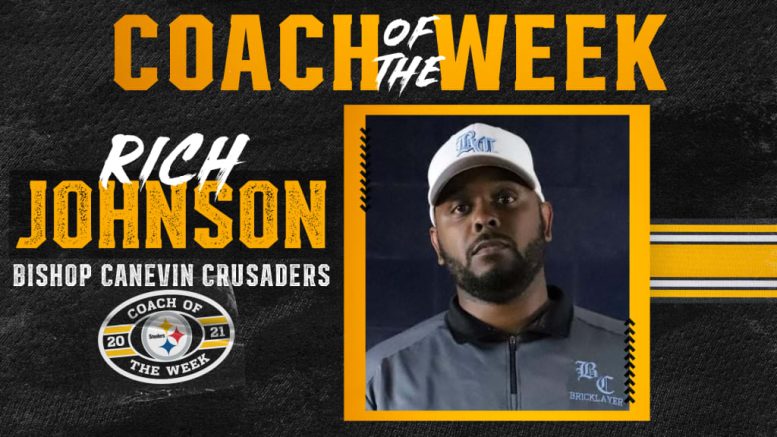 “Coach Rich Johnson has Bishop Canevin sitting at 4-0 for the first time since 2012 after upsetting No. 3-ranked Springdale, 13-10 in Eastern Conference play. With their strong defense, the Crusaders held Springdale to just 23 total yards in the first half, while already recording two shutouts on the season. Coach Johnson is in his second year as head coach leading his team to an overall record of 9-3 in that time, which is a big turnaround from the 1-9 record the Crusaders had in 2019.”